This project is the result of the joint work between the town councils of Portbou, Colera, Llançà, El Port de la Selva, Cadaqués and Roses, and also of the Communauté de Communes Albères Côte Vermeille Illibéris and the tourist offices of the territory. It aims to highlight the value of the natural wealth and the tourist attractions of the Catalan coast, between Argelès-sur-Mer and Roses.

At the meeting point between the last foothills of the Pyrenees and the Mediterranean sea, the Côte Vermeille-Costa Brava coastline offers a magnificent diversity of landscapes. Known for its paradisiacal coves and its natural parks, enjoy the coastal path that extends through vineyards, hills, cactus and secret beaches. Prepare your fin shoes and start discovering the underwater trail of the "Cerbere Banyuls" reserve and the Cap de Creus Natural Park.

Let yourself be amazed by the different cultural experiences available, which include the exceptional presence of megalithic, Roman and Medieval sites, such as Sant Pere de Rodes Monastery. Then, dive in this land marked by the imprint of painters like Henri Matisse, Andre Derain, Aristide Maillol or Salvador Dalí, and also by sculptors, as evidenced by their port cities. Come and meet this wonderful coastal passageway full of historical fortresses that mark it as a border area.

El Port de la Selva stage runs along the coastal path (GR92) and enjoys a rich landscape, where the blue of the Mediterranean, the green of the vineyards and steep coasts are combined, and in which the imposing monastery of Sant Pere de Rodes stands out. 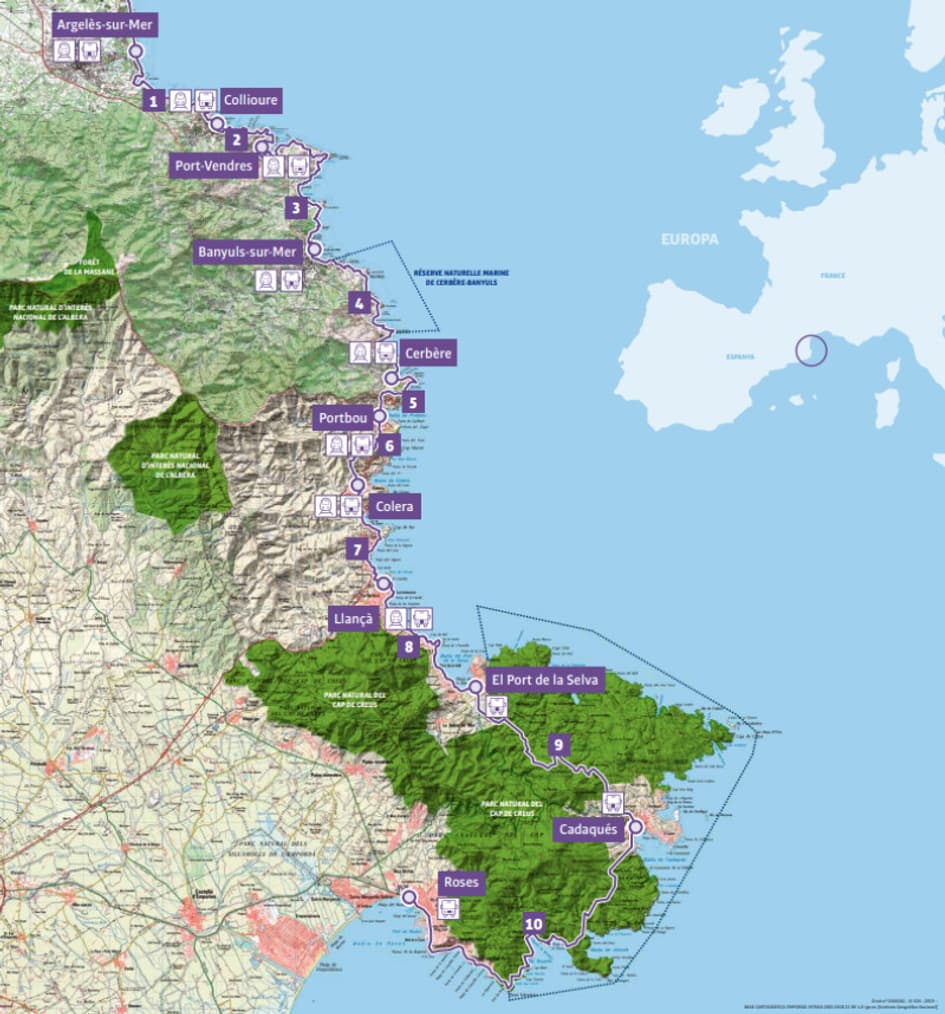